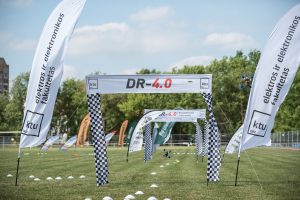 The city of Kaunas saw some incredible drone racing last Saturday as the first International DR-4.0 Drone Race Powered by KTU Faculty of Electrical and Electronics engineering was held at the University stadium. As the name suggests, this race was sponsored by Littelfuse and attracted many spectators who chose to spend a weekend afternoon supporting the Lithuanian teams that challenged the best drone racers from the neighboring state of Latvia.

The day started with the 20 pilots who lined up for the Qualifying rounds. The four winners with top scores on their lap times then proceeded to the next stage where every round became a do-or-die knockout. After an intense competition, the first place was snatched up by the Latvian drone pilot Kristaps Petersons with the Lithuanian Arminas Volkis and Latvian Aleksis Arbergs coming in the second and third place, respectively. 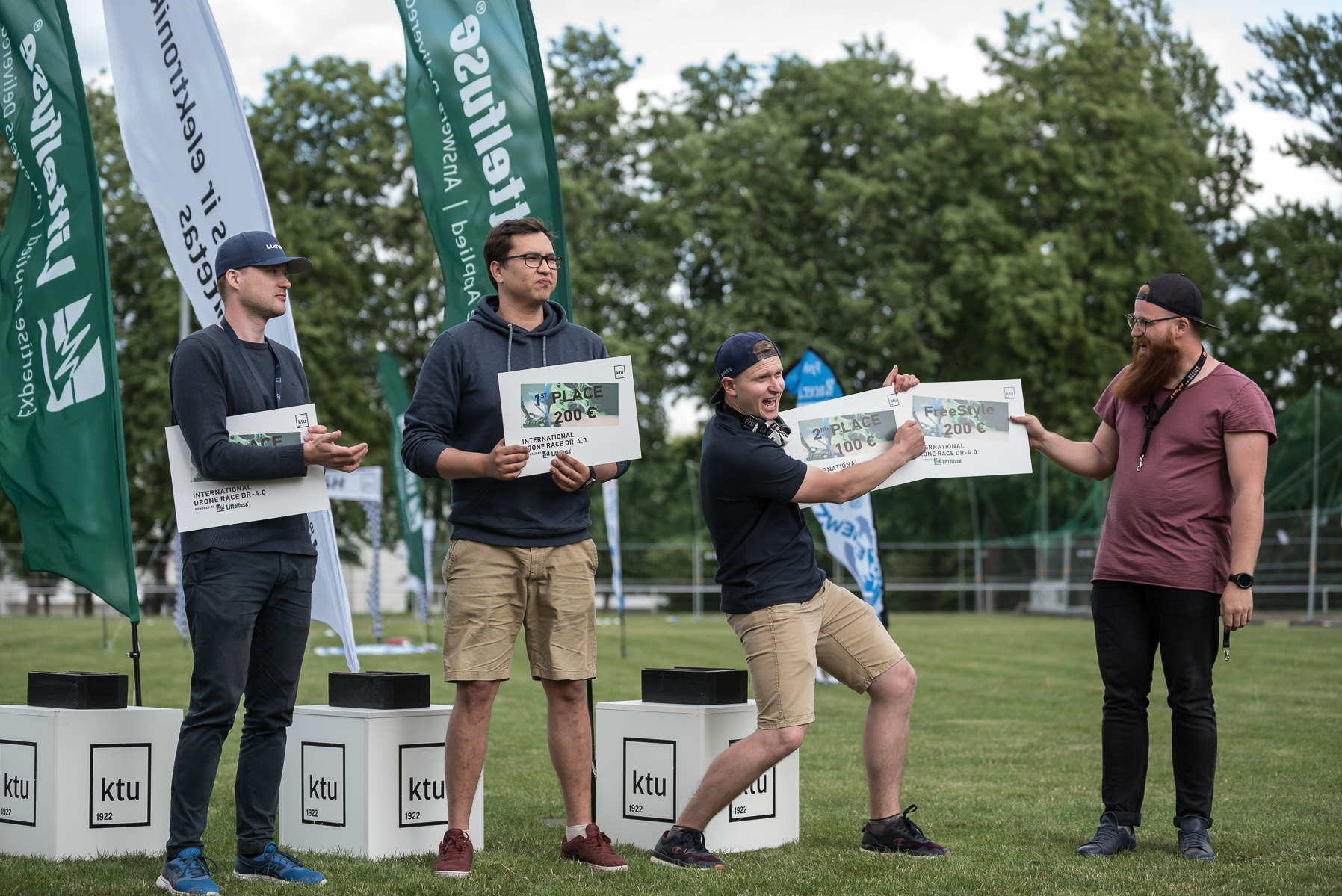 The first place in the finals was won by the Latvian drone pilot Kristaps Petersons (center) with the Lithuanian Arminas Volkis (second from r.) and Latvian Aleksis Arbergs (left) coming in the second and third place respectively. The Freestyle competition prize, established by Littelfuse, was awarded to the Lithuanian team KTU Drone (right).