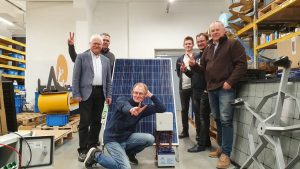 A new project involving the faculty community has already started in March, but the modest representatives of the project did not intend to advertise and have not published their work anywhere so far. KTU Faculty of Electrical and Electronics Engineering contributes to the workforce by helping to produce solar-powered charging stations. Scientists and students of the faculty helps Ukraine in these difficult times – prof. Vytautas Markevičius, prof. Dangirutis Tumor, lect. Mindaugas Čepėnas, Master’s student Povilas Bendinskas, 2nd year students Eidenis Kasperavičius and Evaldas Katilius.

“It’s hard to find the resources to make solar-powered charging stations. There are help in the production of stations, but there is a lack of tools and components that would allow the production of the device itself, ”says the owner of the idea, Elmantas Mickevičius.

The idea came from communicating with the city of Ivano-Frankivsk in Ukraine. The transportation of medicine, clothes and other humanitarian aid first started. While traveling to Ukrain, it became clear that there was a lack not only of electricity, but also of fuel and generators to even produce the electricity itself, says Elmantas. The disruption of electricity supplies has made it difficult for Ukrainian residents and troops to recharge their electronic devices. This is how the idea of ​​creating charging stations powered by solar energy was born.

20 sets of loading stations have already been manufactured and shipped. Depending on how well the resources are collected for the production of the stations, it is planned to produce and transport another 100 solar-powered charging stations. 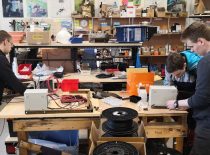 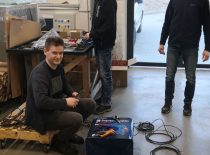 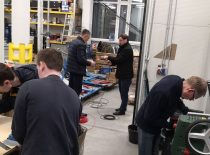 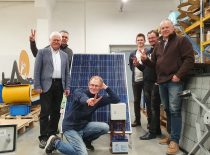 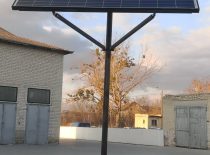 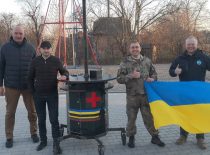